The Paint is Dry at Harley-Davidson 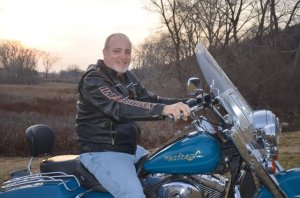 We’ve seen a lot of exciting changes coming from Harley-Davidson in the past few months. The Rushmore Project, The Street 500 and 750, the reintroduction of the Low Rider and the new Sportster 1200T. The Motor Company has, in my opinion, made necessary changes to their touring line to attract some of those “I’ll never ride a Harley” riders, and with the complete new line of Street 500 and 750’s this could possibly be a door opening to a future of more liquid cooled motorcycles. I know, the V-ROD has been out now for 12 years, but with the installation of radiators on the Limited, Tri-Glide and CVO Limited, we should brace ourselves that more will come.

It’s hard for a company to un-paint themselves from a corner. Harley-Davidson, a company deep in history, tradition and loyal followers, has had a hard time convincing their core customer that change is good. You have to hand it to Harley as change has always been presented as an option, before it came standard in the line-up. Fuel injection, ABS, and the option of purchasing a touring bike without the Twin-Cooled feature (Ultra Classic) is typical Motor Company. First, test the waters (pun intended), gauge how the customers will react, and then sneak it in. I have said for many years that if Harley-Davidson would build the bike they just released in the 2014 FLHTK, riders would buy it. The only negative comments I’ve heard were made by those still clutching their carburetors. If the Motor Company thinks they have painted themselves into a corner with their core customers, they need to check – the paint is dry. Come on out!

But it goes further than that. The introduction of the Street platform is a good example. The Sportster 883 is the entry-level price-point to get that Harley-Davidson you always wanted in your garage. That buyer is typically younger, limited experience and/or limited funds; but wants to ride an iconic brand. The Street will be easier to handle both financially and physically for these bikers as the price point is lower and the overall weight and size more manageable. It would be hard to argue that the Street isn’t cool. It is. And if liquid cooling is the future to the Harley-Davidson line-up, it would be hard to completely overhaul the Sportster to achieve this. Where would you hide a radiator? Like all traditional Harley’s (Heritage Softail, Deluxe, Wide Glide, etc.) it would be hard to hide the cooling system – so what do you do? Simple – bring in a new model or two that is designed and styled to have a cooling system. Of course, style and tradition is such an important part of the Company’s DNA that messing with key style elements would be considered taboo. Or is it? Street 750 or Sportster 883? Carburetor or fuel injection….Options.

Is the Street 750 a replacement for the 883? It makes sense that the Street, a genuine Harley-Davidson with some pretty famous relatives, with its lower price-point could cannibalize 883 sales – that’s just economics. The Sportster 1200 could easily represent the Icon to which the Sportster has become without the help of the 883. The Street buyer will probably be a new rider or possibly new to the Harley-Davidson brand, so the history and heritage of what brought them in to look at a Harley isn’t all about where the Motor Company has been but rather, where it’s going. It’s difficult to move forward when your success has been so rooted in the past and Harley-Davidson has done a great job at building this iconic brand. But they found out over the years that change can be hard. To get better – change is required. To change too much angers the core customers, and there’s nothing worse than an angry Harley owner. Just ask the guy over there clutching his carb.

There are those who think change takes away from the purity of the brand. This group is such a small part of the bigger picture Harley-Davidson is looking at. It’s a constant evolution to bring a quality product to the showrooms and for the majority of Harley owners and potential buyers I think the future is looking pretty good for the Motor Company. The expectations are high for all manufacturers and the better handling, better performing and higher quality machines you bring to the consumer will only make for repeat customers. Build it and we’ll buy it. But I don’t have to tell you that; you’ve had over 110 years to figure that out. I can’t wait to see what’s next!

2 responses to “The Paint is Dry at Harley-Davidson”